Things to see and do

For more information on things to see and do while in Tasmania, visit the Discover Tasmania website

The Museum of Old and New Art (MONA)

Twelve kilometres north of Hobart’s city centre, MONA is burrowed into the Triassic sandstone of a peninsula jutting into the Derwent River. Arrayed across three underground levels, the $75-million museum created by local philanthropist-owner David Walsh mixes ancient antiquities among contemporary artworks. Noted for its central themes of sex and death, the museum has been described by Walsh as a ‘subversive adult Disneyland’. It’s sexy, provocative, disturbing and deeply engaging – don’t miss it. Every Saturday since 1972 the open-air Salamanca Market has filled the tree-lined expanses of Salamanca Place with more than 300 stalls. Fresh organic produce, second hand clothes and books, tacky tourist souvenirs, ceramics and woodwork, cheap sunglasses, antiques, exuberant buskers, quality food and drink…it’s all here, but people-watching is the real name of the game.

A free shuttle bus runs between various stops in the city and the market every 10 minutes between 9 am and 2 pm (see the website for stop details). On foot, the market is around 10 minutes from the city centre. This picturesque row of three- and four-storey sandstone warehouses is a classic example of Australian colonial architecture. Dating back to the whaling days of the 1830s, Salamanca Place was then the waterfront – goods were winched from the upper levels of the warehouses directly onto ships. By the mid-20th century many of the warehouses had fallen into ruin, before restorations began in the 1970s.  These days Salamanca hosts a myriad of restaurants, cafes, bars and shops, and the unmissable Saturday Salamanca Market.

Tucked in behind Salamanca Place, the old maritime village of Battery Point is a tight nest of lanes and 19th-century cottages. Spend an afternoon exploring: stumble up Kelly’s Steps from Salamanca Place and wander through Princes Park, where the gun battery of the suburb’s name stood, protecting Hobart Town from nautical threats both real and imagined. Spin around picturesque Arthur Circus, refuel in Hampden Rd’s cafes, then ogle St George’s Anglican Church – the tower was designed by a convict architect. The Elizabeth Street strip in North Hobart (aka NoHo) is lined with dozens of cafes, restaurants, bars and pubs – enough to keep you coming back meal after drink after meal. To get here, it’s about a 1.5km walk from the city centre up gently sloping Elizabeth St, or jump on almost any bus numbered between 500 and 562 from the city centre.

Ribbed with its striking Organ Pipes cliffs, kunanyi/Mt Wellington (1271m) towers over Hobart like a benevolent overlord. The view from the top stretches over Hobart and much of the state’s south, and the slopes are laced with walking trails.  Mountain bikers come for the North South Track, descending from the Springs to Glenorchy, while you can also coast down the sealed summit road on a bike. Mawson’s Huts Replica Museum on the city’s waterfront brings to life the story of Australia’s greatest polar explorer, who set off from Hobart for his famous 1911-14 expedition.  Mawson lost two companions and almost died in an astonishing battle to survive.  While the originals still exist at Cape Denison, Hobart’s huts are identical copies down to the matches, stove and bunk beds. 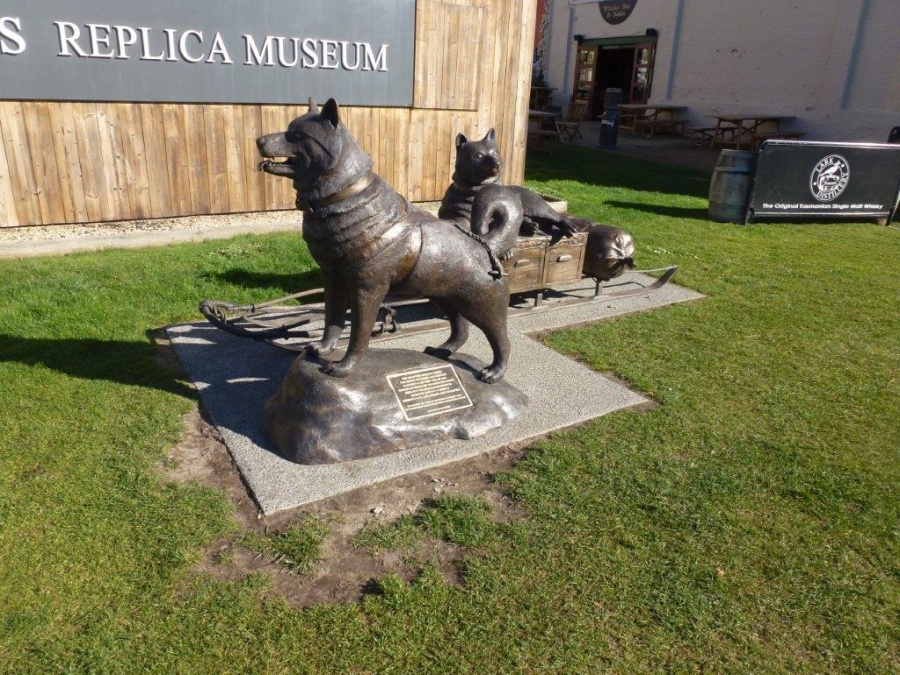 Located on Hobart’s historic waterfront, the Tasmanian Museum and Art Gallery (TMAG) has recently undergone a spectacular $30 million redevelopment. TMAG has something to offer visitors of all ages and interests whether you are family seeking an educational and engaging experience, a tourist seeking to discover more about Tasmania’s history or an art lover.

Join a free guided tour or browse the galleries to experience TMAG’s rich blend of permanent collections, touring and temporary exhibitions and special displays. Admission is free but donations are always welcome.

The museum explores the influence of the sea on the lives of Tasmanians and the strong maritime heritage of the islands. You will find informative displays about aboriginal watercraft, early European explorers and whalers, shipbuilding, navigation and shipwrecks.

This World Heritage Site in South Hobart (aka SoHo) was where Hobart’s female convicts were incarcerated and put to work. Around 12,500 women were transported to Tasmania, and at its height the Cascades Female Factory held 1200 women – more convicts than Port Arthur ever held at a time. You can explore the hauntingly spare yards with their interpretive installations independently, or take a guided Heritage Tour or the excellent Her Story dramatisation. 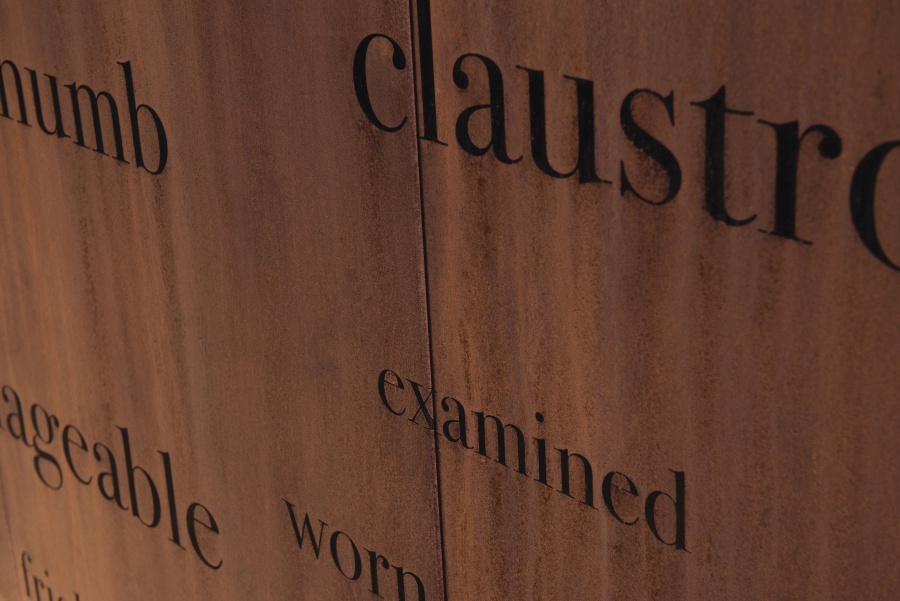 Standing in startling, Gothic isolation next to the clean-running Hobart Rivulet, Australia’s oldest brewery (1824) is still pumping out superb beers. The daily one-hour tours involve plenty of history, with tastings at the end.  Note that under-16s aren’t permitted on the main brewery tour (take the family-friendly Beer School tour instead), and that brewery machinery might not be running if you’re here on a weekend. Listed as a World Heritage site, the Port Arthur Historic site is made up of 30 buildings, and was a penal facility used by the British Empire to send convicts to Australia. Many of the original buildings are ruins now, but you can still see and explore the penitentiary, the Hospital, the Separate Prison and the Convict Church. If you have time, go for one of the guided tours of the Isle of the Dead Cemetery or the Point Puer Boy’s Prison, both located on separate islands from the main site. Port Arthur also has the longest running Ghost Tour in Australia, an after dark tour and history of paranormal experiences that have occurred on the site. 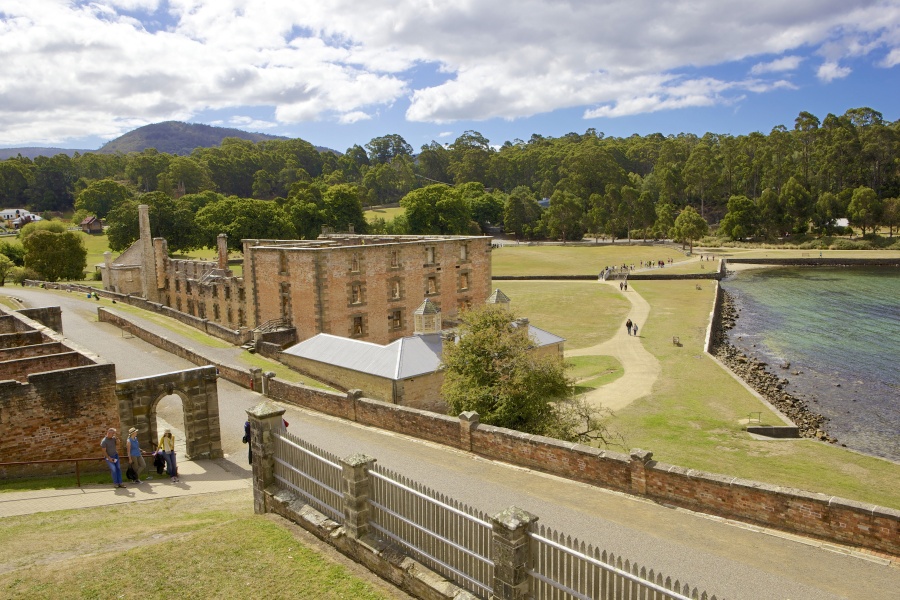 Come to the Botanical Gardens to discover and enjoy plants and flora native to Tasmania, and spend a relaxing day admiring your surroundings. Opened in 1818, the Gardens are a 14 hectare site home to many historic and native Tasmanian plants. The Gardens also has the world’s only sub-Antarctic Plant House.  This replicates the climate and look of Macquarie Island, and houses flora collected mainly from the island. The gardens are an easy 25 minute walk from the centre of Hobart.

Just half an hour by car from the centre of Hobart, Bonorong Wildlife Sanctuary offers visitors the chance to get up close and personal with a range of native Tasmanian animals, such as namesake Tasmanian devil, wombats, bettongs, and wallabies. This is a great trip for all animal lovers, and for kids especially. Existing on a smaller scale than Salamanca Market, the Farm Gate Market is held every Sunday morning and distinguishes itself by being only open to local producers. An inner city street is closed off to host it and set up with some seating and live music to add to the atmosphere. 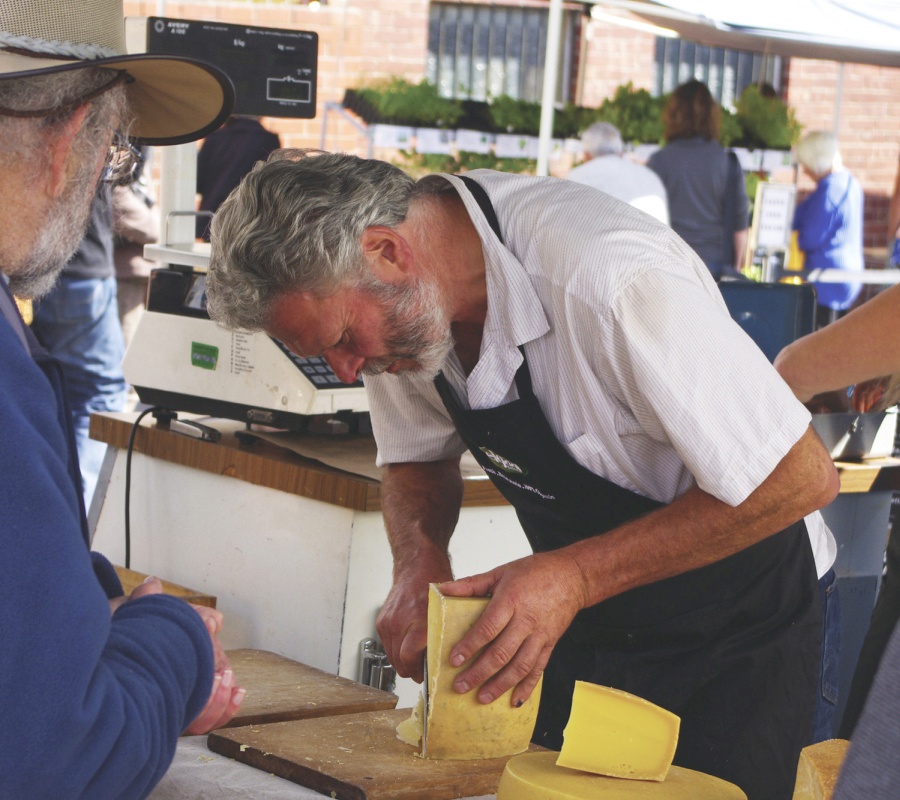 When it’s just too miserable to be outside, step inside the iconic State Cinema. It’s been in business for more than 100 years, but faced an uncertain future in the 1980s and 1990s. Now it’s got an art-house focus with multiple screens (there’s even one on the roof), cafe, bar and bookshop. The seats are snug and comfy and there’s a more intimate feel than at your modern megaplex.

A 90-minute drive south of Hobart will bring you to Hastings Caves and Thermal Springs.  Formed millions of years ago, the giant dolomite caves were discovered in 1917 by timber workers. Today you can take a 45 minute guided cave and swim in the thermal pool. Fed by an underground spring, the water is a perfect 28ºC all year round. 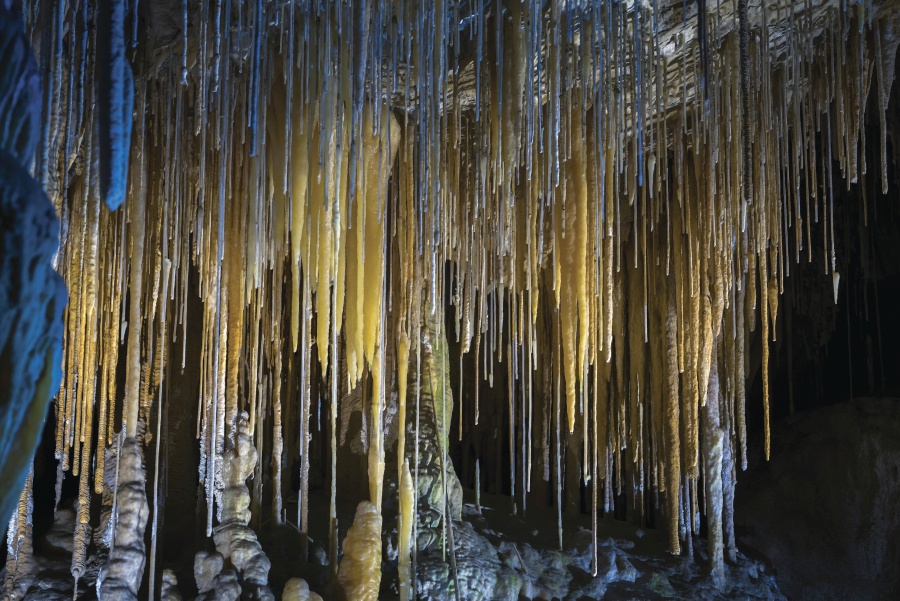 Richmond is a picture-perfect town in the heart of the Coal River Valley wine region that tells the story of an early Australian colonial village. This is the perfect place to learn about Tasmania’s past and can be as easy as a stroll down the pretty nineteenth century streets.

Richmond has more than 50 Georgian buildings, many beautifully restored and now operating as cafes, restaurants, galleries and accommodation.

The town’s most photographed landmark is the Richmond Bridge. Built by convicts in the 1820s, it’s the oldest bridge in Australia and offers a perfect picnic spot on the grassy banks of the Coal River.