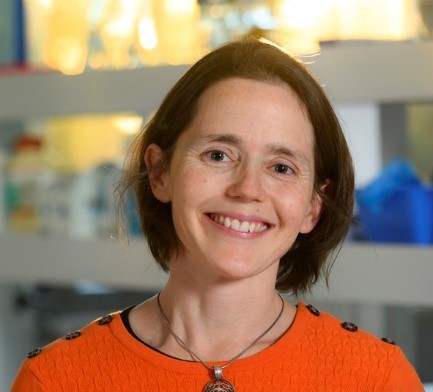 Krystyna Saunders is a senior research scientist at the Australian Nuclear Science and Technology Organisation (ANSTO) in Sydney.  She specialises in reconstructing past climates and ecosystems from sedimentary lake records and works on a number of projects based on locations throughout the Southern Hemisphere, including sub-Antarctic islands, Tasmania, Chile and New Zealand.

She applies a variety of biological and geochemical techniques together with radiochemistry to develop climate and ecosystem records over the last ca. 12,000 years.  These provide key insights into the natural variability of the study areas and, in most cases, show clear and unequivocal signals of human impacts over the last ca. 150 years.  Recent work in the sub-Antarctic includes reconstructing Southern Hemisphere westerly wind variability using lake sediment records with a focus on Macquarie and Campbell Islands, physiochemical and diatom surveys of lakes and ponds, and assessing the impacts of feral animals on lakes and their catchments. 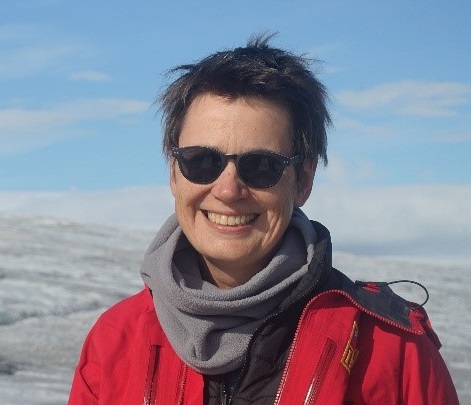 Elizabeth (Elle) Leane is Professor of English in the College of Arts, Law and Education at the University of Tasmania (UTAS), where she is also Associate Dean (Research). She recently completed an Australian Research Council Future Fellowship split between the School of Humanities and the Institute for Marine and Antarctic Studies at UTAS.

With degrees in physics and literary studies, she is interested in building bridges between disciplines, and particularly in bringing the insights of the humanities to the study of the Antarctic region.  She is the author of three monographs – South Pole: Nature and Culture (Reaktion 2016), Antarctica in Fiction (Cambridge 2012) and Reading Popular Physics (Ashgate 2007) – and the co-editor of Anthropocene Antarctica (Routledge 2019) and two other collections.  She is Arts and Literature editor of The Polar Journal and a chief officer of the Standing Committee on Humanities and Social Sciences of the Scientific Committee on Antarctic Research.

Elle is currently working on a book about contemporary Antarctic travel and tourism texts, and is also part of an Australian Research Council funded team looking at ways of reimagining the roles and relations of the Antarctic ‘gateway’ cities.  Her interest in Macquarie Island’s history was sparked by a visit in 2004 – part of a journey she made to Casey Station as an Australian Antarctic Arts Fellow. 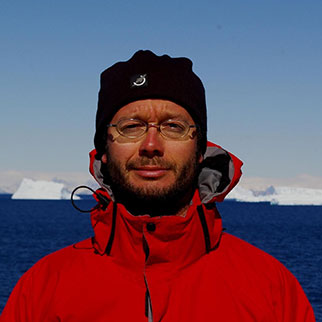 Thomas Saucède is the Associate Professor at the Department of Earth and Life Sciences at the University of Burgundy (France) and deputy director of the Biogeosciences Lab (CNRS, University of Burgundy).  He received a PhD in 2002 with a thesis on the evolution of deep-sea and irregular sea urchins and have mainly specialized on the Antarctic marine benthos since then.

Thomas' main research interests include systematics, biogeography and macroecology.  Based on species records obtained from fieldworks and collection surveys, he studied the respective roles of the environment (abiotic and biotic parameters) and Earth history (past climate and paleogeography) in the evolution and biogeography of Antarctic benthic species.  Thomas has joined several oceanographic campaigns along the Antarctic Peninsula over the last 15 years as a marine ecologist but the sub-Antarctic is also a privileged geographic framework in which he studied the patterns and processes of marine biodiversity dynamics.

He is currently PI of the scientific program PROTEKER funded by the French Polar Institute and implemented in partnership with the National Nature Reserve of the French Southern Lands.  Objectives of this program are to implement and develop an observing system of coastal marine habitats in the Kerguelen Islands to address research and conservation issues.  Thomas is a member of the French National Committee for Antarctic and Arctic Research (CNFRA) and of the LTSER Zone Atelier Antarctique (ZATA, LTER-France network).  He is also national representative (France) in the SCAR Life Sciences Group and member of the steering committee of the SCAR Integrated Science for the sub-Antarctic (ISSA) Action Group. 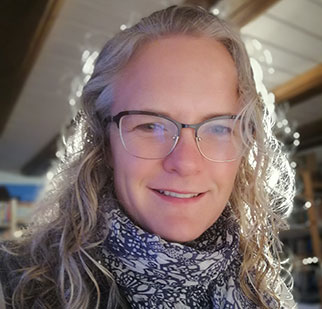 Dr Michelle Greve is a senior lecturer at the Department of Plant and Soil Sciences at the University of Pretoria, South Africa, where some of her research focusses on invasion ecology and climate change impacts on sub-Antarctic Marion Island.

Michelle’s first exposure to sub-Antarctic systems was during her Honours year when she assessed patterns of nestedness across the islands of the region.  This piqued her interest in understanding the patterns and drivers of distribution and diversity patterns, which has strongly shaped her subsequent research career.

Michelle made a foray in savanna systems for the rest of her postgraduate career (she completed her PhD on the patterns of diversity and distribution of African vegetation at Aarhus University, Denmark), but returned to working on sub-Antarctic systems when she took up her current position.

She is particularly interested in what determines, and how climate change modifies, the establishment success and impacts of invasives at different spatial and organisational scales.  Dr Greve holds a Y1 (promising young researcher) rating from the South African National Research Foundation and is a young affiliate of the World Academy of Sciences and the Tuks Young Leadership Programme at the University of Pretoria. 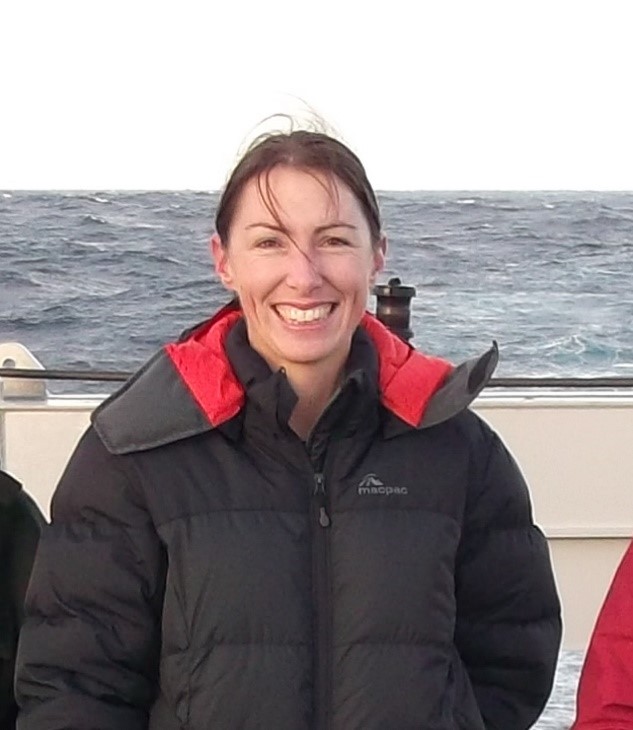 Debbie is a marine scientist with the New Zealand Department of Conservation, working on marine issues at local, national and international scales, often at the science-policy interface. Her work over recent years has focussed on developing a national marine protected area monitoring programme, advising on resource management issues and the development of new domestic marine conservation legislation and policy.

Between 2012 and 2018 she was on New Zealand’s delegation to the Commission for the Conservation of Antarctic Marine Living Resources, working to establish a marine protected area in the Ross Sea. She has undertaken management activities, research and monitoring on and around all of New Zealand’s Subantarctic Island groups (including underwater surveys at the Bounty, Antipodes and Snares Islands / Tini Heke), and advised on the establishment of marine protected areas and development of a coastal plan for the Subantarctic region. She is currently working on a New Zealand Subantarctic Island Strategy and Research Strategy. 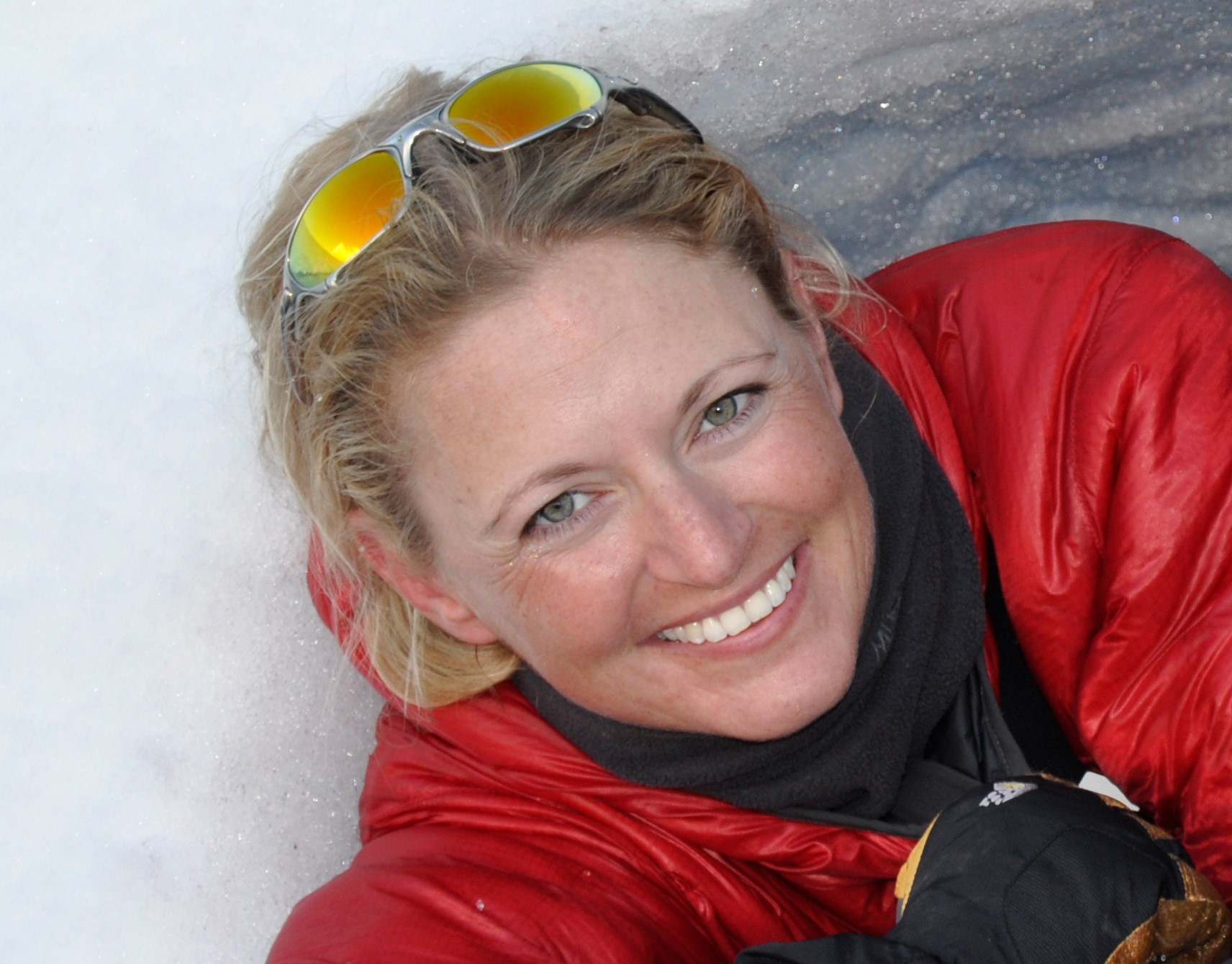 Most at home in the Polar Regions, Lisa has been used to spending over half the year in the Arctic and Antarctic.  During the Austral winter of 2010, Lisa was the Station Manager at Palmer Station for the United States Antarctic Program.  Passionate about the future of Antarctic and Arctic Tourism, Lisa has been a representative to AECO (Association of Arctic Expedition Cruise Operators) and IAATO (International Association of Antarctic Tour Operators) conferences since 2004.

In 2016 Lisa left her full-time role onboard Expedition Vessels to take up a land-based role as Director of Operations and Government Affairs/Deputy Executive Director for IAATO.  Additionally, Lisa is a member of the board for FOSGI (Friends of South Georgia Island), South Georgia Heritage Trust’s (SGHT) American affiliate.